Yesterday’s tip went over the visualization of what happens when you are in a detached head state. Today’s tip now applies it to the command line.

Suppose you’ve initialized a git repository using the bash script from a previous tip. I’ve only used 3 files to be concise.

And you’ve did a git checkout <previous-commit-ID> to get into a state similar to Stephen King’s IT trailer. (don’t worry no videos here*) 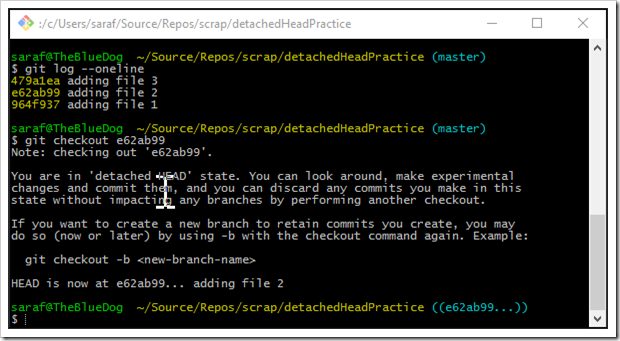 Optional: let’s do a git reflog to get that sense of security that all of our commits are still there. Even though the file 3 commit is “gone”, the reflog verifies all is well. 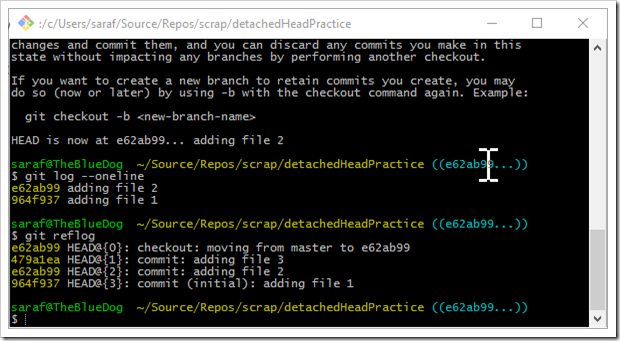 And now all is good in the world again. We see master in blue. We see all 3 previous commits. And our git status isn’t like something from a Stephen King movie.

*As many of you know, I used to be a professional clown. Clowns don’t scare me, but wow seriously that trailer is scary!