A  couple of githubbers (aka those who work at github) put together an interactive visualization of git commands (as an open source project). For whatever reason, being able to play with this particular visualization tool allowed git things to click big-time, which you’ll see more in tomorrow’s tip. 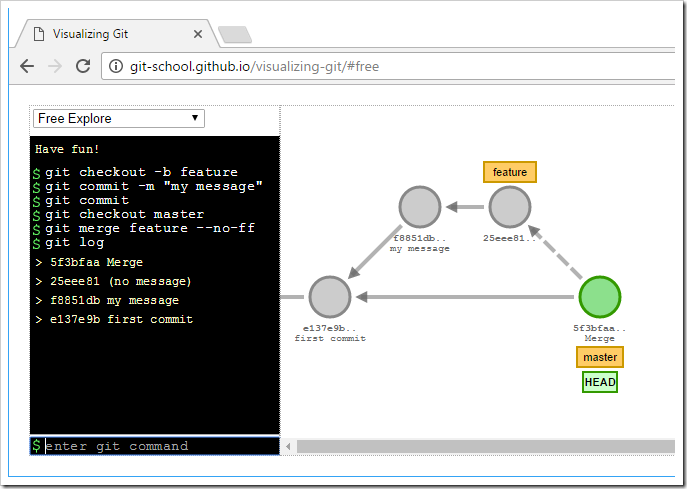 A couple of commands to know that are only for the visualization tool itself and nothing to do with Git:

Note that the tool doesn’t have a concept of

But like I said before, just being able to visualize what on earth is happening has been a huge lightbulb moment.

They are taking pull requests, so if you know of a good example, why not put together an example demo script for their examples folder?